The poppy is a plant native to Europe, North Africa and the temperate regions of Asia, while it has acclimatized in North and South America. It got its name from the Celtic word “papa” which means “food for babies” because the Celts used to mix poppy juice in baby creams, as a medicine for childhood illnesses.

According to Greek Mythology, when the god of the Underworld stole Persephone, the daughter of the goddess Demeter, she, wanting to forget her pain, drank a strong drink made from a type of poppy, the opium. When the goddess awoke, she descended to the meadows and made the plains fertile and the crops rich, returning to the people the goods of the earth.

Perhaps this is also the symbolic role of the three poppy “capsules” on the head of the Late Minoan era court, which is associated with health and fertility.

In the Eleusinian Mysteries, the statues of the goddess were adorned with poppy flowers.

Also, thanks to its calming and hypnotic properties, they presented the son of Hades, Sleep and the goddess Night with poppies in their hair and hands.

There are many types of poppy (about 100) that are either native flowers of the fields or cultivated. The most important species of the genus is Mikon the sleeper. Mikon the sleeping poppy is the only type of poppy grown commercially on a large scale. It is cultivated for medicinal as well as cosmetic purposes. It thrives in cultivated fields and roadsides.

In the Greek flora we find 10 different species of the plant. Many types of ornamental poppy are grown with bulbs, which are placed in the ground in early spring. It has large flowers, red in most species, with a long stalk, even decorative varieties with crimson, purple, pink, salmon, yellow or white flowers. 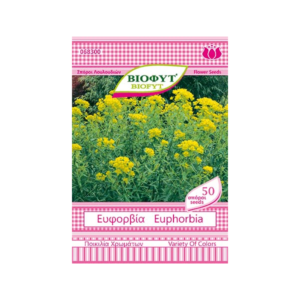 Euphorbia lactea cristata, is an easy-to-grow succulent, resulting from the grafting of two species. That is, two plants in one! Its upper part is Euphorbia lactea and its color is silver-grey, which can turn reddish if the plant is happy in its environment. Its lower part is usually Euphorbia neriifolia. Its shape resembles a coral and resulted from a normal mutation of Euphorbia lactea and is also known as Coral plant. Prefer bright spots in the growing area. With gradual acclimatization, it can also live in direct sunlight. 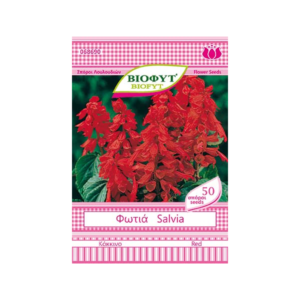 Salvia is a perennial herbaceous plant, cultivated as an annual. It is also called “fire” because of the arrangement and crimson color of its flowers. It belongs to the Labiatae family. The genus Salvia includes about 500 species of plants. Among them is the Mediterranean aromatic sage S. officinalis. Many varieties and hybrids have been created including Salvia x superba with its impressive purple-blue flowers. Salvia is native to Brazil and remains in bloom throughout summer and fall. Its decorative value is due to the rich flowering but also to the contrast created by the red flowers with the lively green foliage. It is planted in groups in rock gardens, lawns, flower beds and plant containers, alone or in combination with other annual plants. The combination of salvia and yellow amber is excellent! 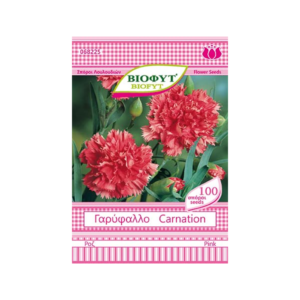 Carnations, one of the classic and much-loved flowers that are traditionally found in the gardens, yards and balconies of Greek homes. The carnation (carnation or dianthus) stands out for its lush vegetation with its characteristic elongated lance-shaped leaves and its rich flowering in impressive colors. There are single color carnation varieties in shades of pink, red, yellow and white, as well as bicolor carnations with wonderful color combinations. This is an extremely popular ornamental plant that, especially in previous decades, was not missing from any home. After all, the carnation has been cultivated since ancient times and was known by the name Dianthos, which means the flower of Zeus. The carnation is planted in the spring and gives us the rich flowering from April to November. 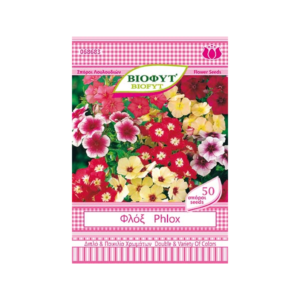 Phlox (with more common species Phlox drummondii and Phlox paniculata, Polemoniaceae) is a popular herbaceous ornamental that grows mainly as an annual, but in areas with mild winters it can be planted as a perennial. It is a genus of at least forty species and many hybrids have been created. Phlox belongs to the Polemoniaceae family, is native to North America and has historically been a fixture in gardens and parks around the world. The phlox Phlox drummondii is a genus of many species, annual and perennial, and belongs to the Polemoniaceae family. It comes from North America and is a plant with great participation in landscape architecture. 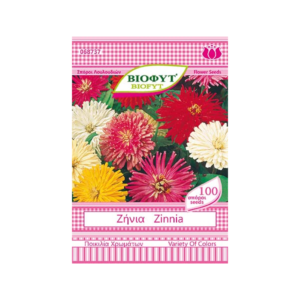 Zinnia is an annual ornamental plant that impresses with the variety of colors and shapes of its flowers. The zinnia has upright strong shoots with a length of half to one meter and large flowers that remain in bloom throughout the summer. 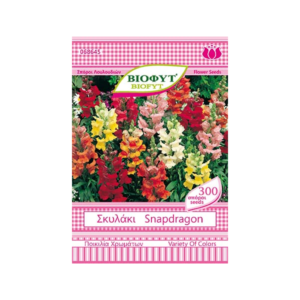 The Snapdragon, a favorite ornamental plant with wonderful flowers, is planted in the spring and is a characteristic plant of the Mediterranean, with rich vegetation. We will find Snapdragon in dwarf varieties from 20-40 cm, medium height from 40-60 cm and tall varieties from 60-120 cm. Although a perennial plant, it is usually planted as an annual in gardens and in pots on the balcony to give us rich flowering and impressive color combinations.