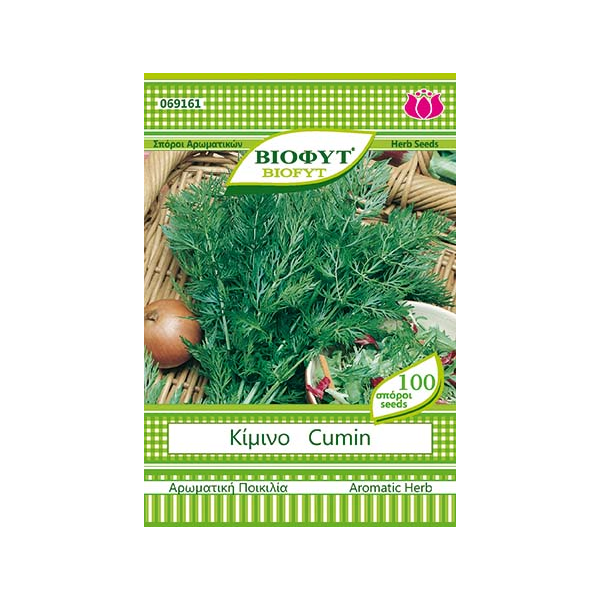 Cumin is cultivated in Argos and the surrounding villages and is sown every year in January or February, on slopes or on strong sands and ripens in May – June. In other words, it ripens somewhat earlier than anise that has a similar culture. With the difference that cumin is dry.
Cumin seed
The field where we will sow the cumin should not produce many grasses, nor should it be shaded by trees. It is plowed three times deep with a pithami and in the third plowing we harrow it well with an iron harrow to straighten and rub the soils well. Then we sow the cumin in the fields together with fine river sand and cover the seed with a local harrow.

Cumin is drought tolerant and is a tropical or semi-tropical crop. Its origin is probably from Egypt and the eastern Mediterranean. Cumin has a short growing season of 100 – 120 days. Temperatures for optimal growth are between 25° and 30°C. The Mediterranean climate is most suitable for its growth, as cumin requires a moderately cool and dry climate. Growing cumin requires a long, hot summer of three to four months. At low temperatures, the color of the leaves changes from green to purple. High temperature can shorten the growing season and cause early ripening. In India, cumin is sown from October to early December and harvesting begins in February. In Syria and Iran cumin is sown from mid-November to mid-December (extensions to mid-January are possible) and harvested in June-July. 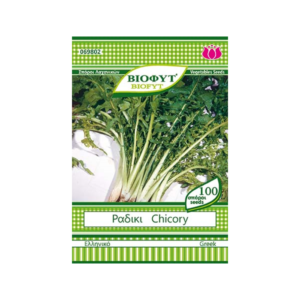 What are the most popular radish varieties to grow? There are many species and varieties of radish to choose from and grow. First, the wild radish with its bitter taste and characteristic green jagged leaves that turn red at the base. Stamnagathi is also a variety of wild radish. And then there is the tame radish with the upright, wider leaves, lighter at the base and with less bitterness. Also, the Italian radish with its upright toothed leaves, spicy bitter taste and many harvests. Let’s not forget radicchio, the radish variety with crimson leaves and white nerves that close like lettuce leaves. Radizio has a strong spiciness when eaten raw that fades with cooking. Radish is a horticultural plant that loves the cold environment and that is why it is planted in the autumn season when we have low temperatures, humidity and few hours of daily sunshine. After all, at high temperatures, the radish blooms prematurely and is unsuitable for consumption. We plant radishes in sunny or semi-shady places and we prefer rich, fertile and cool soils that ensure good drainage. If we plant in the ground, we incorporate organic matter in the form of compost and digested manure for better root development. To plant it in a pot, we use potting soil special for horticulture, rich in organic matter and nutrients, and place the pot on a balcony with western or eastern exposure for the radish culture to thrive.

Strawberry, the favorite fruit of young and old with its unique juicy taste. The best way to enjoy the most delicious strawberries, full of rich aroma, is to grow our own strawberries in the garden or on the balcony. Strawberries are very healthy and have significant nutritional value. They are rich in vitamin C, potassium, phosphorus and calcium, while at the same time they offer significant antioxidant activity. Strawberries are the ideal fruit for novice gardeners of all ages, as they don’t require too much care, can be grown in a pot or in a flower bed, and each plant gives us enough fruit. The strawberry plant is a perennial and herbaceous that spreads on the ground and climbs. The strawberry has a central stem, of low height, from which the leaves, flowers and fruits that are formed in spring and summer emerge. Strawberry cultivation lasts about 3-4 years before the productivity of the plants starts to decrease significantly and we will have to replace the crop by planting new strawberry plants to ensure new strawberry plants. 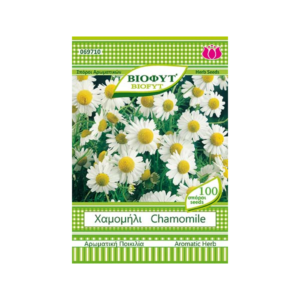 Chamomile, the beautiful plant with its characteristic aroma and unique beneficial properties. Chamomile is a favorite herb found naturally in the Greek countryside and often picked to be enjoyed as a relaxing tea. All of us chamomile fans can grow it in the garden, as well as in a pot in our yard or balcony, to make wonderful drinks at home. Chamomile is a low-growing, low-maintenance herbaceous plant that is extremely easy to grow. In addition to the beneficial properties it has at our disposal and our health, chamomile also has a special decorative value due to the impressive numerous small flowers with white petals and a characteristic yellow color in the center of the flower that resemble small daisies. There are 2 main varieties of chamomile, the German or wild chamomile, an annual or biennial plant that is taller and the Roman or tame or garden chamomile that is shorter growing and perennial. Let’s see what care chamomile needs to grow it in the garden and in a pot on our balcony and to enjoy beautiful flowers and healthy drinks at home. 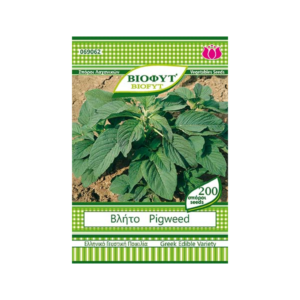 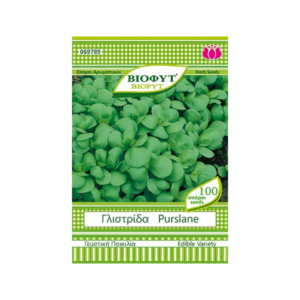 Purslane, also known as anthrakla, is an annual, native, multi-branched plant of the Mediterranean with characteristic smooth and fleshy shoots. Wormwood grows in cultivated fields and especially in vegetable gardens that are watered in late spring and bears small yellow flowers. Although often considered an unwanted grass (weed) in the garden, buttercup is edible, very tasty and has a high nutritional value. 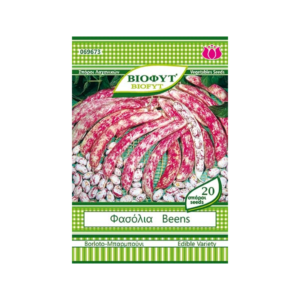 There are many popular native and traditional bean cultivars, both low and climbing, to choose from. Most growers prefer fresh bean varieties that do not have fiber, as they are more pleasant to eat. We should note that the dry bean varieties have a harder shell and more fiber. Well-known varieties of fresh beans are chauli, terli, broad bean (black-eyed), broad bean (snake bean), mullets (beads), canary beans (yellow beans), bulgara (early mullet), zargana, climbing mullet, while in some regions we will meet other interesting local varieties. An excellent traditional variety of dry beans are the giants of Prespa. It is worth noting that the climbing bean varieties are much more productive than the low varieties, while at the same time they have a longer production period, although they take longer to enter production than the low ones.

Bean cultivation needs fertile soil, rich in organic matter and with good drainage to have good growth and fruiting. When preparing the soil for cultivation, we first plow the field to make the soil sufficiently loose, as it is necessary for the formation of a rich and strong root system of the bean. Then, before planting the bean, we incorporate enough compost, digested manure and organic manure to enrich the soil with organic matter and nutrients.